All our single-acting jacks can handle a wide range of load capacities ranging from 3 tons to over 12 tons. We design these jacks for a wide range of applications such as engine cranes, hoists, and automotive and industrial applications. You can mount them directly on the crane easily using the base mounting holes.

For sure, we are a long ram hydraulic jack and heavy-duty bottle jack manufacturer you can trust for all your lifting applications.

The 3Ton and 8Ton long ram hydraulic jack is a replacement jack for the engine cranes or engine hoist, this jack can be mounted directly on the cranes by a U-shaped base.

it is also an ideal tool for other applications for farms, mechanics, and off-load vehicle owners .with a higher lifting range, you can use it to support the house, have any inquiries, just leave your message here 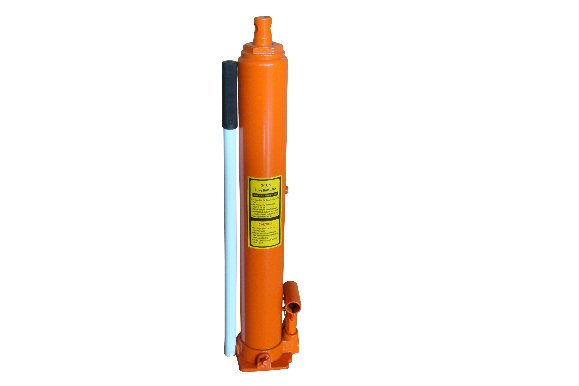 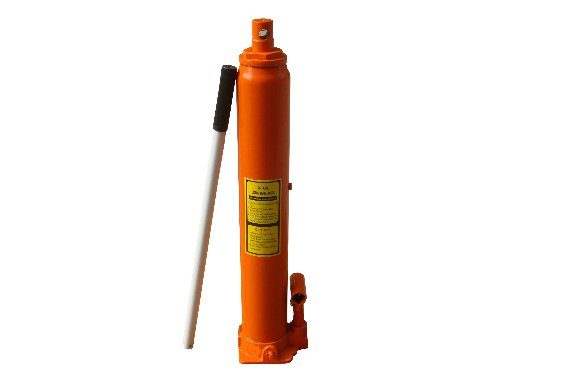 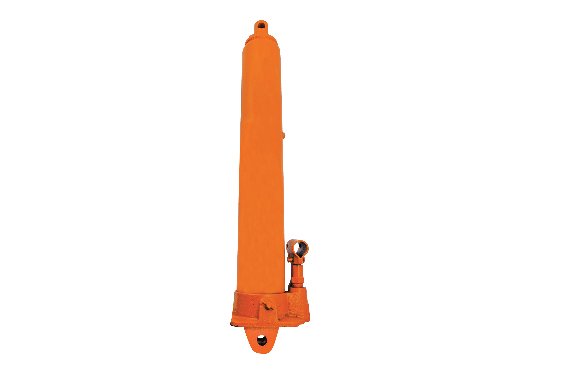 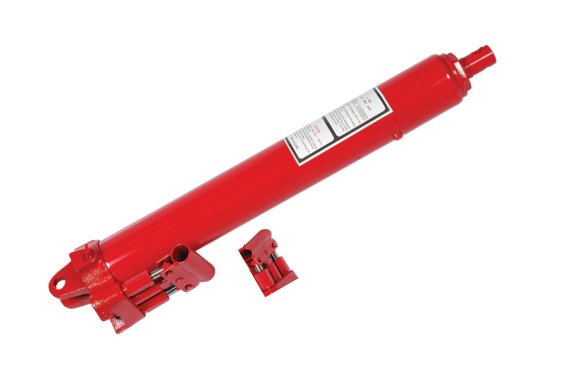 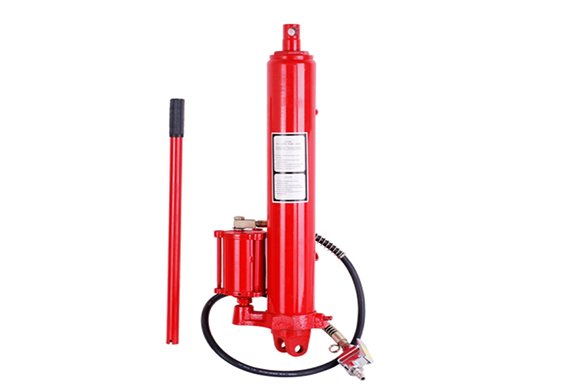 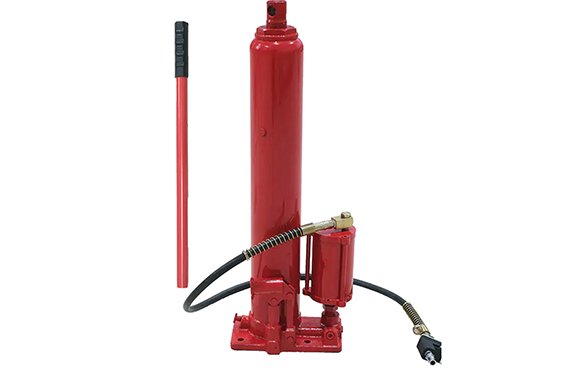 All of the long ram hydraulic jacks produced by PASSCA are a reliable solution for upgrading or replacing the lifting power behind an engine crane.

These jacks mount directly onto engine cranes, to provide a hydraulic lift that makes heavy lifting as easy as the quick installation

This FAQ will teach you all about how to use, care for, and select a long manual hydraulic ram jack for your garage. By the end of this guide, you will be able to perform basic maintenance on your hydraulic long ram jack and get the most value out of PASSCA’s top-of-the-line long ram air/hydraulic jack models.

We add to this guide all the time, so please, send us your questions

What Is a Long Ram Hydraulic Jack?

A long ram hydraulic jack is the most common attachment to provide lifting power to an engine crane. A long ram jack for an engine hoist or crane is different from other jacks with a similar function because it is not built to be used on its own.

With an air over hydraulic design, similar to a bottle jack, the hydraulic pressure urges the piston and much longer ram into a position that can hoist even extremely heavy objects compared to the slim jack.

The long ram hydraulic jacks offered by PASSCA feature a manual movement that converts your strength into a much more powerful impact – saving garage employees or yourself the extra sweat and stress of manhandling expensive engine components. 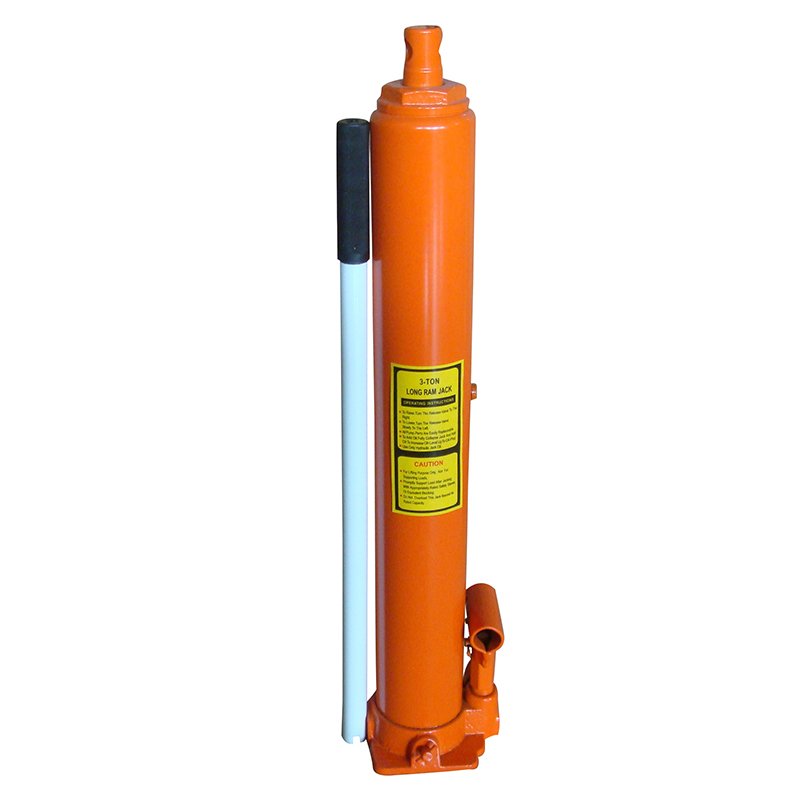 What Are Some Features of a Long Ram Hydraulic Jack?

Use-Specific Bases; Some of the models have a flat base, which allows them to be used easily in a variety of situations. Others have base mounting holes that let the jack integrate quickly with an engine hoist.

Solid Construction; All long ram jacks from PASSCA feature high quality solid steel construction and a coating that resists grease, dirt, and moisture – this ensures a long, useful lifespan for your jack.

Double-acting Pump; The top model of these jacks for an engine crane is the double-acting long ram hydraulic jack, which allows for much quicker lifts.

What Types of Long Ram Hydraulic Jack Are On the Market?

Currently, PASSCA produces six distinct models of long ram hydraulic jacks, 4 featuring a flat bottom and 2 made for use with our engine cranes.

There are also 2 models for simpler use with a hoist, although they both have a weight capacity of 3 tons.

The 3-ton single-action type with mounting holes is different from the 3 ton flat bottom long ram hydraulic jack because it can be easily added to an engine hoist but they have similar lifting power.

What Is a Hydraulic Ram Jack Used For?

The engine hoist cylinder on a crane can eventually wear out through improper use and poor care, so these replacements keep an entire crane from needing to be replaced.

Also, horizontal long ram hydraulic jacks can be used for manually adjusting the position of heavy objects and machinery, by pushing instead of being used to hoist as part of an engine crane.

These jacks are also used to support structures or for bailing out a stuck vehicle, such as in offroading or farm work.

What Other Equipment Is Used With a Long Ram Hydraulic Jack?

Long ram hydraulic jacks are meant mostly to be an attachment for an engine crane, also known as an engine hoist.

They can be used on their own in some scenarios, but the long shape means you will need a relatively large amount of clearance to insert the jack.

What Are the Basics of Long Ram Jack Repair?

Some of the most common issues with hydraulic jacks are a failure to fully extend or hold weight, foamy or milky oil, and leaking fluid or pressurization.

If the hydraulic fluid is contaminated by moisture, you will need to dry out and replace the fluid to avoid corrosion.

Most problems with trapped air can be solved by bleeding the jack – pushing through the system to remove excess air.

Leaks can be identified using a simple soap test to see where air bubbles form — and most leaks are related to the rubber O-rings that naturally dry out over time and are inexpensive to replace.

Maintenance: How Do You Fill a Hydraulic Long Ram Jack With Oil?

There is an oil filler plug on the jack that can be removed for easy access to the oil or fluid reserves.

Can you use motor oil in hydraulic jacks? Technically, any oil can work in the pressurized compartment for a short amount of time if you are in a time crunch… but if you use something other than hydraulic fluid you will need to flush it and replace it as soon as possible to avoid damage or corrosion.

Maintenance: How Do You Bleed a Hydraulic Ram?

Bleeding a jack is an important way to extend its life and keep it functioning.

Here is how to bleed your jack:


Maintenance: What Other Long Ram Jack Parts Do I Need?

A long ram jack from PASSCA comes with everything you will need to perform a lift, but if you need to secure a load, you may need jack stands to be safe.

Over time, you will need to top off or replace the hydraulic fluid inside the jack and replace rubber gaskets if they dry up and wear out.

Maintenance: How to Rebuild a Long Ram Hydraulic Jack?

A long ram hydraulic jack rebuild kit would essentially contain new O-rings, some hydraulic fluid, and rags for wiping down the jack.

After a thorough cleaning and identifying any broken or worn-down components, you should be able to contact the manufacturer for replacement parts, although the solid steel construction of PASSCA jacks means this will be incredibly rare or far in the future.

How Can I Choose the Best Long Ram Hydraulic Jack for Sale for Professional Use?

If you need to upgrade or replace the hydraulics on your engine hoist, the double-action 3-ton model will give you the most power and speed for a professional automotive garage.

But, all of the long ram hydraulic jacks produced by PASSCA are built to enjoy a long and productive life among your gear — think about the typical weight of vehicles or objects you need to lift or adjust before choosing.

Now, you are ready to seek out the best long ram hydraulic jack for your garage.

For more information and the specific details of every model, you can refer to the PASSCA Catalog.

Contact PASSCA Tools now for all your automotive equipment needs – our staff loves to help with outfitting a new garage or upgrading a set of equipment.